Happy New Year! Here is a little update, some pictures and a poll!

We took our time after the holidays, and now we are working heavily on the optimisation, because an open world game sounds nice but it has its difficulties.

As it is pretty unspectacular progress for you, please have some pictures of some ruins.

The story of the game is set 18 years after the Great War between two countries, and our family was on the losing side. Heavily.

Years later we are able to discover the ruins of the once upon a time rich country, find its secrets and eventually the history of its fall.

END_OF_DOCUMENT_TOKEN_TO_BE_REPLACED 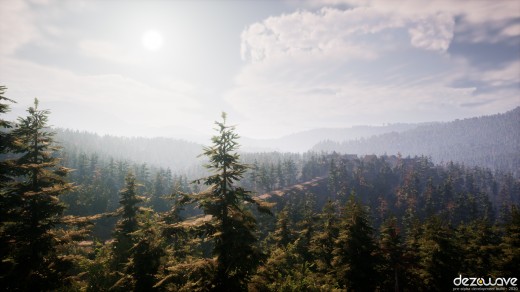 Great announcement for the New Year!

Here we are at the end of this hectic year and hopefully we can lead you through to the next one with some good news!

In late 2019 a small group of enthusiastic individuals got an idea, an interest to learn Unreal Engine and started to work together as an indie team under the umbrella of Dezowave.
Until now we polished the idea, learned a ton, tried not to kill each other, and built the base structure of the game which reached a kind of pre-alpha state.